Why London arbitration is ignored in Ukraine: the Sky Mall case 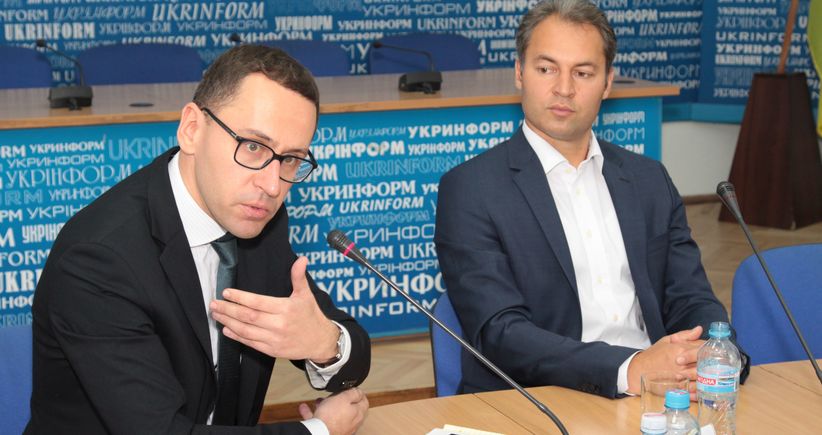 On June 14, the “Ukrinform” information agency held a round table where the issue of “Business outside the politics: “Arricano’s” efforts at reclaiming Sky Mall” was scrutinized. Experts, solicitors and attorneys were discussing the legal aspects of the situation concerning the mall.

On May 2016, London Court of International Arbitration resolved the argument between Arricano Real Estate Plc and Stockman Interhold S.A. as to the right of ownership of the shares of Assofit Holdings Limited, a holding company, earlier the sole proprietor of the Sky Mall, which is situated in Kyiv, Ukraine. The court ruled that the ownership of all the shares of the Assofit Holdings Limited earlier possessed by Stockman Interhold S.A. must be transferred to Arricano Real Estate Plc not later than June 5, 2016 for 0 $ USA.

Currently the decision of London Court of International Arbitration is not complied with. The shares have not been transferred to Arricano Real Estate Plc. The round table participators maintain that the fundamental principle of property rights state protection is defied.

The  lawyers of the leading companies, and those professionalizing on international arbitration among them, suggested several procedural options to Arricano, starting from filing claims with courts of all kinds of jurisdiction and opening criminal proceedings up to suing the state of Ukraine.

“The Justice will triumph only when the decision will be complied with. The very decision on itself is a “naked” function calling for further action. The London arbitration in behalf of Arricano is a significant step towards reclaiming the ownership of the Sky Mall. Unfortunately, it is not what a court judgment delivered within the framework of the Ukrainian legal system actually is. Ukraine has signed the New York Convention and undertaken adjudging international arbitration decisions and complying with them. And this is a substantional attraction for foreign investment. Abiding by arbitration rulings must be performed within the legal framework of Ukraine. If the Supreme Court will pass the bill on “Amending certain Ukrainian laws regarding juridical review and support of international commercial arbitration”, it will facilitate significantly complying with international arbitration decisions in Ukraine and, as a result, will help to raise foreign funds in Ukrainian economy”, asserts Oksana Karrell, LL.M, head of the international arbitration and litigation group (Arzinger law union).

“The legal practice has proven that corporation arguments of similar scale, despite prolonged struggle and heaps of money spent, as well as time and pains taken, are usually settled by mutual agreement. An agreement may be reached only when it is advantageous to the parties or one party at least. Or else, if there is a specific danger for one of the parties – without an agreement. In the given situation, it is obvious that for Stockman both advantages and immediate dangers are non-existent. I believe that the seminal London arbitration means starting the coercion of the opposing party into finding a compromise”, maintains Serhii Deledivka, partner and attorney of the Yustem company.

“Indeed, property rights protection is the first and foremost thing that makes a state healthy and efficient. At the same time, multiple state-level tools of foreign investment protection have been devised, like international contracts on investment protection. However, the New York Convention is not one; its aim is to provide adequate conditions for recognizing international arbitration decisions that are not investment by themselves. That means, there can be situations when, by any reason, a foreign investor is not able to comply with the arbitration decision delivered in the state-signer of the New York Convention. In this case, if the signer’s actions give way to infringement of the rights of the investor, the investor can act on an international level and advance demands to the state”, declares Oleksandr Volkov, international arbitration and litigation specialist, YePAP, Ukraine.

“Raising of foreign investment in Ukraine will be possible only upon condition of 100% guaranteeing of adequate business and property protection. We are grateful to the outside lawyers for their professional opinions. We believe in the supremacy of law and hope that the nearest future will bring us effective restructuring of the Ukrainian judicial system and state registration authorities. We suppose that openness, transparency and wide publicizing of the Sky Mall case will enable rights activists, politicians and state officers scan all the facts and trace all the lacunas in the Ukrainian legal system, find out the “legal loopholes” and finally to enhance the system of law in Ukraine with regard to property protection, so that the Sky Mall case should be settled in a legal way and there should be no similar cases in the future. And then we’ll see a wave of foreign fund raising”, insists Mikhail Merkulov, Director General of Arricano.